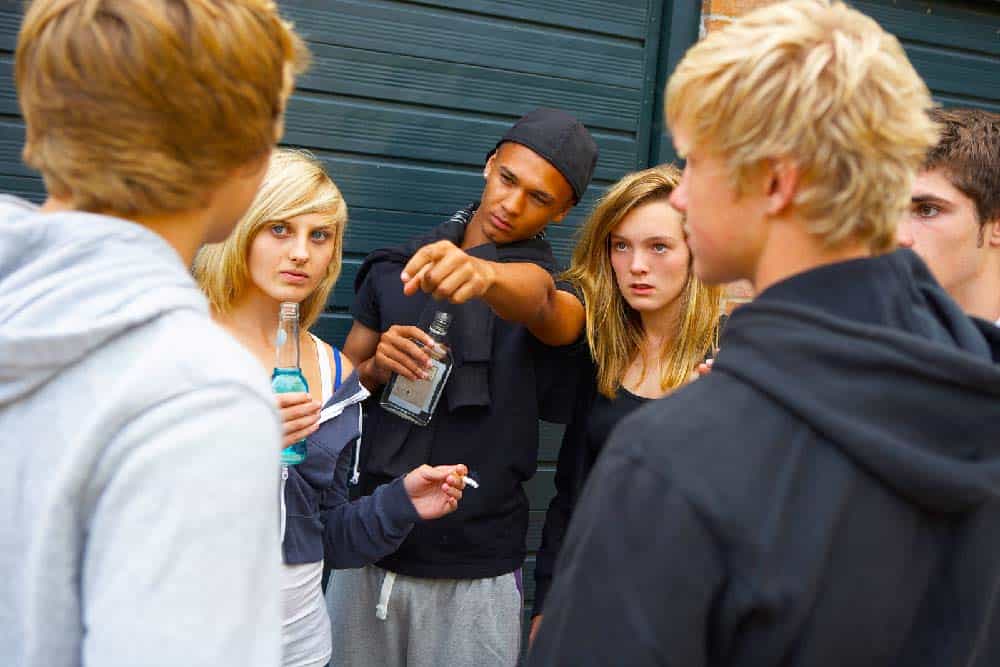 Why Underage Drinking is a Concern

Underage drinking is a serious health problem in the United States and around the world as more pre-teens consume heavy doses of alcohol before the legal drinking age of 18. In 2007, it was reported that at least 10% of children ages 9 to 10 have started to drink. The earlier one starts to drink means that the chances of the individual having alcohol dependence in the next 12 months are five times more likely.

Alcohol-related injuries and consequences such as physical assault, rape, and car accidents can occur as the habit grows not to mention the damage it causes through the digestive system and respiratory tract. Underage and teenage drinking behavior depends on a person’s biological age. For younger people, drinking can be an act of rebellion or a proclamation into adulthood while hangover sessions are done outdoors for other people to see.

Hard drinks (considered more “masculine” drinks such as vodka, gin, tequila, and rum, to name a few) that have a higher alcohol content show the strength of an underage person’s alcohol tolerance. As the person gradually matures, drinks would eventually go hand-in-hand with their personality and can decrease or increase depending on the person’s relationship with alcohol.

Heavy drinking is a minimum of three (3) drinks a day for ladies and four to five (4 to 5) drinks for men. Evaluating alcohol in the system depends on different factors: the age when one starts drinking, how much and how frequent one drinks, prenatal alcohol exposure, and possibly gender/age/genetics and family history.

The glamour of overindulging in alcohol should be provided as alcoholic drinks in excess do more harm than good. It creates the possibility of pre-teens having unexpected sexual activity, being involved with drugs, petty crimes, and committing suicides. The demand for alcohol has been a $62 billion industry since 2001 and therefore companies look for new ways to entice their consumers on drinking despite how young they are.

There are times when drinking in young people comes with the encouragement of society because it is part of a culture, and as it connotes class and refinement. In Europe, alcohol is considered a form of beverage alongside that of water, fruit, and cream-based drinks. Countries abundant in ingredients that produce alcohol also promote it for mass consumption and accessibility.

A study conducted in August 2016 by Braker and Soellner suggests that there are theories as to how drinking has become a popular pastime in the West. One is that different countries in Europe are distinguished based on the drink that they originated and therefore served their resident beverage along with other alcohol-based drinks from neighboring countries.

Related literature used in the thesis pairs each country with a specific alcohol drink. For example, Italy is known as a wine country and Germany as a beer country. Alcoholic drinks are served in European restaurants, small cafes, and bars meaning that youth who are with either their family or friends can acquire these on a frequent basis. Making alcohol available on a commercial level means that there is a certain tolerance in ingesting these drinks.

Another theoretical approach is due to a country’s regional habits. These can be based on the weather/seasons of the country (whether wet or dry), historical traditions (Koreans are more tolerant of young males drinking young in the family), social awareness, and even drinking habits and time of the day. In parts of Poland, being intoxicated is seen as a way of life and the law permits a weekend of binge drinking that is publicly accepted.

Adolescents take after adults through example. Seeing adults drinking excessively signals a silent permission that drinking is permissible even in such a manner. When parents and figures of authority drink, it becomes all the more reason for teens to be curious about drinking, along with exposure from their peers.

How Drinking Prevents the Teenage Body

Many people underestimate the harmful effects of alcohol on the body. An individual’s blood alcohol concentration can easily activate the areas of the brain directly responsible for rational thinking. These are the mesolimbic pathway (controls the reward system that expresses pleasure, emotional, and physical reactions), frontal lobe (where motivation and judgment takes place), prenatal complex (resonates social conduct and impulse inhibition), hippocampus (spatial navigation and emotion), hypothalamus (learning and memory), and cerebellum (contains 50 percent of the brain’s neurons).

Damage to these parts of the brain suggest a distortion in their functions and therefore affects the person’s personality and perception. Once alcohol is absorbed by the system, brain synapses that are meant to break old neuron connections and form new ones are paralyzed. Even when the mind is aware that alcohol consumption is harmful, continuous intake relates liquor to something pleasurable or temporarily numbing. This is the reason why in emotional problems, teenagers would eventually turn to liquor to temper the pain, confusion, guilt or sadness.

Drinking also disrupts the development of new brain cells. Lack of new brain cells means that teenagers would have difficulty comprehending, memorizing, learning and even remembering. The effects of alcohol mentality destroy the combination of mature and developing parts of the teenage brain.

In any kind of addiction, underage drinking is composed of a series of breaks in the patterns of what teens would normally do. If there appears to be a behavior that unfavorably causes the person to withdraw or act unlike themselves, then these could be some of the symptoms of underage/teenage drinking.

A Change in Academic Performance.

This is prominent in most addictions but with behaviors specific to drinking, this would mean that the teen is determined to spend most of his or her time in the habit. Skipping and disrupting classes to go to bars, calling in sick and not doing homework to have extra time on alcohol.

Intoxication and Presence of Other Vices/Substances.

Most of the time, but not always, teenagers getting intoxication is a prelude to more illicit activities such as substance abuse, gambling, gaming, and sex. Physical manifestations such as bad breath, bloodshot eyes, deep eyebags, unnecessary fatigue, unexplained weight gain/weightloss. In suspected drug use, teenagers may have narcotics paraphernalia available in specific places. In gambling or gaming, allowances are spent to fund for these habits.

Change in Behavior and Peers

Alcoholic teenagers bond with those that share their “interests”. In doing so, they also adapt to the behavior of the pack and there are visible changes in personality when joining these cliques. Behavior can also become discreet and secretive because these new friends are not approved by sober family and peers. The teenager is then forced to talk about them in general terms with not much detail as to who they really are or what they are really doing.