What are Prescription Opioids? 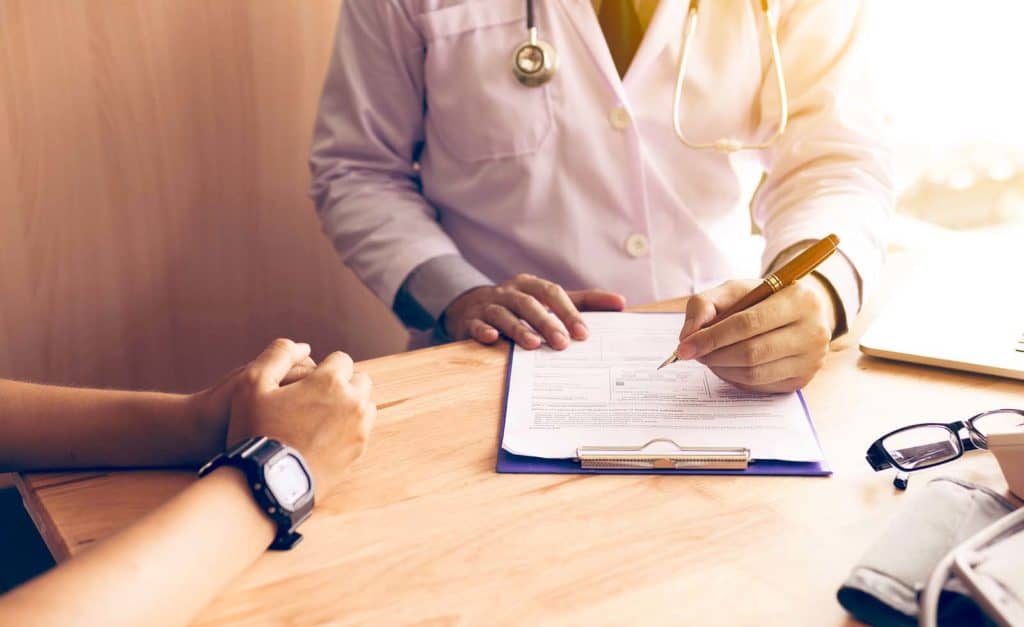 Opioids are a class of drugs that are naturally found in the opium poppy plant. Some of these drugs that are prescribed by doctors are natural (made from the plant directly) while others are made by scientists in the lab while closely following the same chemical structure.

Opioids work by attaching themselves to the receptors in our brain, blocking pain signals from our body while also flooding it with dopamine, which causes its euphoric effects. Because of these effects, this type of drug is usually prescribed to treat moderate to severe pain. Some of its other uses include controlling coughs and diarrhea. As a pain reliever, it is usually prescribed after an injury, surgery or dental work.

What is the Opioid Crisis?

There is currently an opioid crisis or epidemic in the United States. It all started in the late 1990s when pharmaceutical companies assured the medical community that these drugs, when used as pain relievers, were not addictive for the patient. Because of this, doctors and other healthcare providers began to prescribe them more and more. Ignorance to its addictive effects has led to widespread misuse and abuse.

Today, around 130 people die every day from opioid-related drug overdoses with a total of 42,000 deaths in 2016. It has been found out that around 40% of these opioid overdose deaths involve a prescription opioid. Currently, there are 11.4 million people that are misusing these prescription drugs.

What are the Most Common Prescription Opioids?

These are the most common types of opioid drugs that can be prescribed by doctors today along with some of their common brand names. A brand name is a name given to a product by the company that makes it.

How do People Misuse Prescription Opioids?

Opioid drugs are highly addictive because of the release of chemicals in the brain that can make you feel calm and intensely happy. These euphoric effects are quite similar to the feeling of being “high” that is caused by other illegal addictive drugs. These feelings have a very high tendency of affecting your self-control and prevent you from stopping taking the drug. This leads to misuse of these drugs. People can misuse these drugs by taking the medicine in a dose that is higher than what is prescribed, or by taking it in another way like crushing the pills or opening capsules and dissolving them for injection. In some cases, people also snort the powder from these crushed pills and open capsules.

What are the Side Effects of Prescription Opioids?

Even though opioids are very effective for use as a pain reliever, they can still have harmful side effects which include: drowsiness, confusion, nausea, constipation, euphoria and slowed breathing, increased sensitivity to pain, vomiting, and dry mouth, sleepiness, depression, low levels of testosterone that can result in lower sex drive, energy, and strength, itching, and sweating.

These side effects are also greater with a history of drug misuse, substance use disorder, or overdose, mental health conditions (such as depression or anxiety), sleep apnea, older age (65 years or older), and pregnancy.

Are Prescription Opioids Dangerous When Mixed with Alcohol and Other Medications?

These drugs are also dangerous when taken at the same time with the alcohol and other medications. Be sure to tell your doctor or health care provider about any type of other medication that you are taking before getting a prescription for an opioid drug. These medications that you must avoid include Benzodiazepines (such as Xanax or Valium), Muscle relaxants (such as Soma or Flexeril), Hypnotics (such as Ambien or Lunesta), and other Opioid drugs.

What are the Effects of Addiction to Prescription Opioids?

Addiction to these drugs usually starts with an increased tolerance by the user. This can happen even when the drug is taken exactly as prescribed by the doctor for a long period of time. Tolerance makes the user less and less sensitive to the effects of the drug, forcing an increase in dosage to get the same effects as when the drug was first used.

A person that is addicted to these drugs and is taking them for a long time already can develop drug dependence. This causes your brain’s neurons to adapt and get used to the physical and psychological effects of the drug. Because of this, the brain can only function properly when the drug is present on the body of the user.

What are the Effects of Overdose from Prescription Opioids?

Addiction to these drugs also significantly increases the likelihood of overdose. This happens when a person uses enough of the drug to produce life-threatening symptoms or death.

Signs of an overdose include: no response to stimuli, shallow/stopped breathing, can’t be woken up, unusual snoring/gurgling sounds, blue/grey lips or fingertips, floppy arms and legs.

How Can You Treat Overdose?

In the worst-case scenario, these drugs can reduce the body’s natural urge to breathe and stop someone from breathing. This can lead to brain damage or death. Medical help must immediately be called for a person who has suffered an overdose with these drugs. While waiting for medical help, an immediate, but temporary antidote that can be administered is Naloxone. This drug reverses the overdose and allows the person to breathe again. Just take note that this is not a cure but is just a temporary solution to keep the patient safe while medical help has not yet arrived.

The absence of the drug causes several physiological reactions or more commonly referred to as withdrawal symptoms. These withdrawal symptoms include: uneasiness, yawning, tears, diarrhea, abdominal cramps, goosebumps, runny nose and intense craving for the drug.

What are the Available Treatments for People that are Addicted to Prescription Opioids?

Treatments for addiction to these drugs usually start with a medically-assisted detox. The purpose of this process is to remove the remaining drugs in the patient’s body. After this, there are a wide variety of therapies and addiction treatment medications that can be undergone by the patient to significantly help in healing and recovery.

Examples of medications that are used in these therapies to ease withdrawal symptoms and reduce cravings are Buprenorphine and methadone, which are also prescription opioids. These treatments can also be taken as inpatient or outpatient treatment. Cognitive-behavioral therapy is also very helpful as it is a great way of recognizing personal issues that lead or contribute to the patient’s addiction and overcoming them.