Top Addictions in the US 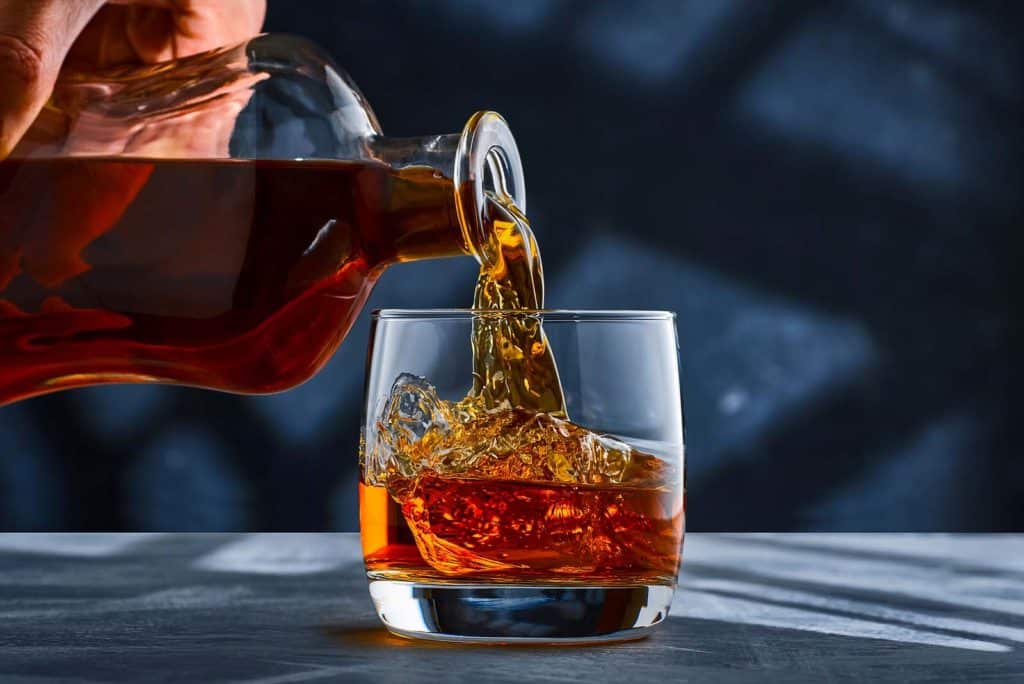 Alcohol addiction is just as damaging and lethal to the body as nicotine, caffeine, and illicit drugs. Alcohol Use Disorder is technically defined as “a chronic loss of control over alcohol and other sedatives” by The National Council of Alcoholism and Drug Abuse. It is progressive and can be at times incurable because of an individual’s high dependence on the substance.

An acceptable dose of alcohol is 1 drink which can be equivalent to the following:

Any amount over these values can signal the beginning of alcoholic symptoms and while it initially does not affect the body at once (especially in individuals who start drinking since they are 14 years old), the long-term effects can be irreversible if alcohol is consumed almost regularly and continuously.

Symptoms of alcohol include:

Also called tobacco dependence, this addiction is smoking tobacco through the lungs to develop physical and mood-altering effects. These results caused by the drug nicotine are temporarily pleasurable. When nicotine is released to the brain through tobacco smoke, it increases the release of neurotransmitters that are responsible for mood and behavior.

Studies throughout the years show that regular smokers increase their chances of getting diseases such as cancer, stroke, and heart ailments.

Risk factors of nicotine addiction are:

When an individual is going through a smoking addiction, one may observe several behavioral cues. These include:

The consequences of tobacco or nicotine dependence are long term. Negative effects of smoking can be seen in patients of cardiovascular disease and lung cancer. Other lung diseases such as emphysema, chronic asthma, and bronchitis can come up after a time of smoking. Eye problems, diabete,s and forms of cancers in the lower extremities can also be a pressing concern if the habit is not stopped.

Too much caffeine in the body can be harmful to your health. Caffeine is identified in the Diagnostic and Statistical Manual of Mental Disorders (DSM-5) as a substance prone to disorders. Because it is accepted and widely used, people who have caffeine addiction are challenging to assess.

Sources of caffeine are coffee, tea, chocolate (food and beverage), energy drinks, and soft drinks. It can also be present in general pain relievers, cough and cold medicine, and diet pills. A basic guideline for consumable caffeine would be at the minimum 100 mg per day--and this is enough to trigger dependence. Health professionals suggest that caffeine intake be lower to 60 to 85 mg to prevent its effects.

Depending on how much one’s body can take caffeine, people who have developed a tolerance over time would be indifferent to symptoms of dependence. Caffeine-related symptoms include increased heart rate, increased urination, flushed face, excitement or nervousness, restlessness, difficulty or sometimes insomnia, agitation/irritability, and random outbursts of speech.

These drugs are known to target the brain’s central nervous system by inhibiting or stimulating its general function of coordinating sensations and emotions to the rest of the body. These substances can also produce a psychedelic effect, a perceptual enhancement to how the mind sees visual shapes and sounds.

Heroin is an opiate narcotic that is occasionally prescribed as a pain mediator in several countries outside the United States. It is known for its other names Diacetylmorphine and Diamorphine. The drug is derived from morphine and has been used as medicine in the late 1800s. Because its potency is twice as morphine, there has been an increase of its dependency.

Heroin addiction can progress in a span of 5 years. As it enters the system, heroin transitions to morphine in the brain to produce pain relief and feelings of euphoria. Users increase heroin doses becauses its effects kick in and peak quickly; higher doses allow for more intoxication. Symptoms include a more relaxed state, relieved tension, less anxiety, and drowsiness.

Cocaine (also known as Coke) is an addictive stimulant that is initially used as local anesthesia. It evolved into being a recreational drug and is often associated with talc powder that is either snorted through the nose, smoking, applied to the user’s gums, or for extreme cases, injected into the bloodstream. People who become addicted to cocaine take in large doses for a continued period of time.

Short term effects that are expected after taking cocaine are extreme happiness and emotions, hypersensitivity, and paranoia. How much and how frequent the drug is taken determine its long-term effects that can range from malnourishment, movement disorders, auditory hallucinations and Parkinson’s disease.

Marijuana or more commonly known as weed is an addictive drug known for its mind-altering effects to perception and cognition. With its active ingredient known as delta-9-tetrahydrocannabinol (THC), it affects cells and neurons and alters the senses, moods, and body movements. A continued use of weed causes IQ to drop and can stunt brain development, especially if the drug permeates the pre-teen to teenage brain.

Marijuana’s addiction can lead to permanent negative effects on the body. Difficulty in thinking, solving problems, and impaired memory are some of the signs of the drug’s mental impact while in more serious cases, presence of hallucinations, delusions, psychosis, and schizophrenia imply worsening mental damage.

Methamphetamine or meth is a narcotic that increases stimulant activity in areas of the brain that centers on energy, excitement, and other heightened emotions. The drug activates the brain’s neurotransmitters (chemical messengers) and elevates them to a level of imbalance that the user feels “high” - an intense feeling of being alert. This sensation is prolonged for several minutes to hours until the drug leaves the system.

Once meth is out of the body, symptoms of being tired, hungry, and worrisome take its place. The user eventually seeks for more meth and does this in a binging pattern so the “high” continues. This happens repeatedly until the body becomes dependent on meth and it is difficult to stop. Side effects of meth include aggressive behaviors, lack of self awareness, violence, sleeping disruptions, mood disturbances, and psychological disorders.

2016 lethal prescription drug overdoses have increased 5 times since 1999 as recorded in its statistics. Misuse of prescription drugs has become a neglected addiction due to its medical authorization, that serves as the legitimate cause for taking these drugs in recurring amounts.

Types of prescriptions are narrowed down to: opiates (pain treatment), central nervous system depressants (CNS, used for sleep disorders and constant anxiety), and stimulants (mental disorders, ADHD). Upon recommendations, these medications are expected to cure symptoms of such ailments. After treatment, patients must discontinue them once the symptoms have stopped.

Addiction occurs when there is an unceasing pattern of using the drug along with other substances to enhance its potency. The danger of prescription overdose can lead to severe mental disability such as seizures, paranoia, mood swings, poor memory and thinking skills.