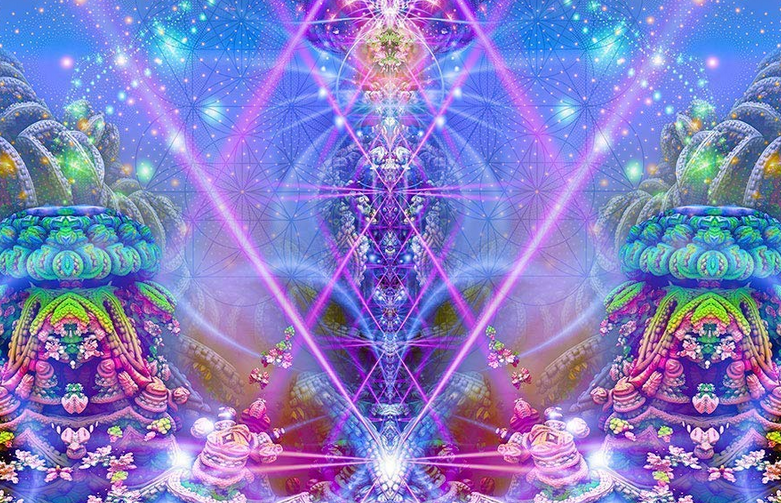 DMT is a hallucinogen found in plants and animals that is a derivative of the alkaloid tryptamine. It has intense symptoms on the first intake and reaches a maximum peak of 15 to 20 minutes. It can stay in the body for at least 3 hours to 1 day.

The drug is occasionally used for ritualistic healing. Due to its psychedelic tendencies, N,N-dimethyltryptamine in small doses has a calming effect on the body before giving an intense trip, defined as an alternate sense of consciousness associated with transcendence.

There are limited studies regarding the other uses of the drug and the impact of its effects. Psychologically, it can pose threats to a person’s mental capabilities and can be unpredictable in filtering the imagination. Frequent users should discontinue taking it if they have a heart ailment.

Dimethyltryptamine comes as crystalline powder in its purest form. It has a snowflake-like consistency when placed under a microscope. Its general appearance is clear and it turns into crystal once it is vaporized. The impure counterparts of this drug are yellow and brown with texture of wax when placed in water. These colors indicate impurities of plant fat that are then mixed with traces of DMT.

Colored variations of the drug (purple, pink and amber red) suggests that it is not purified and can pose harmful effects if taken. These hues hint of the presence of lye in the substance that can do damage for the lungs.

There are three ways of taking DMT: inhalation, injection and orally with liquids.

Inhaling or snorting crystalline powder is the most common form of administration. Light doses come in 20mg of the crushed substance - with the median dose being up until 40 mg. When a user reaches above 60mg, there is a risk of overdose.

Oral intake creates the least psychedelic effect so users usually resort to either smoking or inhaling. On its own, N,N-dimethyltryptamine’s alkaloids inhibits the breakdown of its monoamine oxidase enzyme and therefore does not do anything to the body. Because of this, symptoms do not take effect unless a more potent narcotic is taken with the drug. The best example for this method is through the intake of ayahuasca, a brew that reportedly enhances an individual’s religious and spiritual experiences.

Concentrations with other substances can lessen or strengthen N,N-dimethyltryptamine’s heightened psychological symptoms. When mixed with herbs, it can be taken as a brew (ayahuasca) or as an infused cigarette. DMT doses in smoking preparations are strong, ranging from 29 to 36mg. These concentrations vary differently, depending on the tolerance of the user. Injecting the drug is a rare and acceptable form of administration but poses a danger for sudden trip effects.

How Long Does The Drug Stay In The Body?

There are no standard drug or blood tests that detect DMT because it is metabolized by the body quickly. Regular tests can only pick up on traces of common hallucinogens that are found in most narcotics and not specifically for N,N-dimethyltryptamine.

As mentioned, the narcotic stays in the body within 24 hours after consumption. It is recommended that urine tests be conducted in the next few hours upon taking the last dose. N,N-dimethyltryptamine passes through the kidneys and gets flushed out of the body completely.

The typical duration for any drug in hair tests is 90 days. A one-time user of N,N-dimethyltryptamine can have a test after three months and traces of its active substances can still be seen. For those who take the drug regularly, detection can be seen for at least 5 to 7 months.

Saliva tests have proven that the drug can be detected in the system after 1 to 5 days. The method of intake responsible for these results are not determined and only traces of the drug are found.

How One Gets Addicted and How It is Dangerous

N,N-Dimethyltryptamine is illegal in most countries. A frequent user of this drug develops a gradual state of psychedelic high depending on how much dosage s/he takes in a sitting. Once a user takes in about 0.2 mg/kg, hallucinogenic effects start kicking in. Trip effects come in different time frames based on how the drug is taken. Smoking DMT through an herbal mixture gives a peak subjective experience of 2 minutes and complete relief in 15 to 20 minutes. With drinking ayahuasca brew, effects can kick in one hour after it is taken and can last another number of hours.

The main effect that this drug has on the body is psychological. While it can be consumed as a psychedelic drug, there is no record of DMT being addictive. It can, however, lead to life-threatening physiological symptoms such as seizures, respiratory arrest, and coma since the drug is acting as a serotonin receptor that causes mental distortion.

How the Drug Affects the Body

The body reacts to N,N-dimethyltryptamine in the same hallucinogenic way as LSD. It can cause a user to have kaleidoscopic displays of technicolor abstract images, auditory hallucinations and altering temperatures of heat and cold.

DMT is a Schedule I substance as declared by the Substances Controlled Act. Being able to study this drug is difficult because of FDA (Food and Drug Administration) and DEA (Drug Enforcement Administration) approval because of its psychedelic potency. Part of the brain that feels the drug’s impact is the neocortex. It is responsible for memory, reasoning, and decision-making.

Once N,N-dimethyltryptamine enters the system, its chemical composition targets the serotonin (a chemical responsible for good moods) and changes the way our decisions are affected with emotional memories. To simplify, the drug affects the way we choose by triggering the emotions. Once absorbed by the body, the user encounters transient states of anxiety and euphoria that can happen either simultaneously or at the same time.

These heightened states of experiences become more intense at higher doses of the drugs. Most users claim out of body experiences and “interactions” with beings of another existence--entities and aliens--that take the form of animals and objects.

The intake of DMT does not allow for the user to physically crave for the drug. It does, however, create an almost severe form of hallucinogenic effects that deeply affect perception and cognition.

Biological effects of the drug trigger changes in hormones specifically for the adrenocorticotropic hormone, prolactin and beta-endorphin. These are then followed by pupil dilation and increased vital signs (blood pressure and heart rate).

The National Institute of Drug Abuse has claimed that users do not develop a tolerance for the drug. Symptoms of distress and depency, however, can disrupt daily activities and over time, psychoactive tendencies will be seen. Examples of these symptoms are:

The only time that there is a threat of an overdose is if the drug is injected inside the body at a significantly large dose above 60mg. Despite long-term use, inhalation and taking Dimethyltryptamine orally can consume only minimum amounts and can manifest through physiological symptoms.

Treatment for DMT is not FDA-approved since the drug cannot be thoroughly studied. However, for those who are dependent on it, there are effective ways of treating chronic drug use:

Drug abuse can be a daily struggle so recovering users/addicts need all the support that they can get. Counseling is one-on-one discussions held with both the patient and his/her peers and family to identify the factors leading up to taking drugs habitually.

Cognition relates to the modification of thoughts and behavior. Consuming DMT or any drug after a long time of taking it can increase mood swings and depressive behavior. Therapy can encourage a positive way of thinking. At the same time, evaluating Dialectical Behavior focuses on life goals and getting through difficult times. Therapy relating to this suggests having to identify one’s inner fears and doubts.

This program will help build a patient’s self-assurance and with the practical application of living this through a lifestyle of eating and exercising regularly. Patients are offered a schedule of cleansing and socialization by rehabilitation clinics to get back to their lives that they left off before drug use.