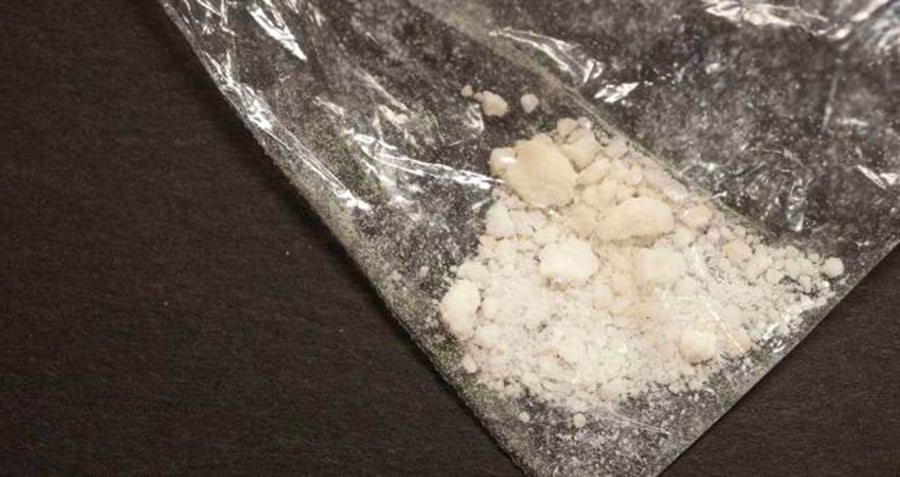 Fentanyl is a synthetic opioid used medically as a painkiller but because of its powerful pain relieving properties, it has been illegally abused as a recreational drug. It is said to be significantly stronger than morphine, heroin and other opioids. Because of its potency, this drug is now considered one of the deadliest drugs in U.S. History.

Paul Janssen, a Belgian doctor, first made this substance in 1959 and it was approved for medical use in the United States in 1968. As it is a synthetic drug, it means that it is man-made, however, it is synthesized from the opium poppy giving it the same effect as other opioids but much stronger. The chemical name for this drug is N-phenyl-N propenamide.

There are different brand names associated with this substance. Some of the commonly known ones are:

This drug first showed up on the streets in deadly doses in 2007. Here are some of the known street names of the drug:

This drug can come in different forms. It can come in powder form, lozenge, film, sublingual tablet placed under the tongue, or buccal tablet.

Street versions may be smoked, swallowed, injected or snorted. However, it is also often mixed with other opioid drugs in tablet or pill form. Many users do not realize that the street drugs that they are taking are often laced with this drug which can lead to overdose.

What is Fentanyl used for?

This substance is mainly used as a reliever for severe pain. It is prescribed for cancer patients, people experiencing sudden, breakthrough pain or those who have undergone surgery.

It was originally designed as an anesthetic but when doctors recognized how effective it was in relieving pain - even just by using very small quantities, it was then prescribed as a painkiller. This drug has a wide therapeutic index and is now only prescribed for patients who are experiencing extreme pain due to chronic ailments and are already tolerant to other narcotic pain medications.

The potent nature of the drug made it attractive for addicts and street drug dealers to mix it with other drugs like heroin or cocaine. Because it is cheap and a small amount is already potent, it is easier to transport than other drugs.

How strong is Fentanyl?

This is the most potent opioid drug and to give you an idea of its strength, here are some comparisons.

How does Fentanyl work?

Like other opioids,this substance works by changing the way the brain and the nervous system respond to pain. It enters the blood, crosses the blood brain barrier and binds with the brain’s μ-opioid receptors and from there, it creates euphoria and analgesia.

The main difference is that its chemical structure allows it to get to the opioid receptor almost instantly. If a person takes morphine, it can take a little while for it to bind to the receptor, while heroin crosses much more rapidly. The drug’s ability to bind to the receptor overtakes that of heroin – giving a much higher level of euphoria.

How long does Fentanyl stay in your system, blood, urine, saliva, hair?

Like other opioids, it can be detected in your system, in your bloodstream, hair, urine and saliva, even after you finished taking it. The exact answer to the question how long fentanyl stays in your system can depend on different factors but here are some approximate times.

It is a highly addictive substance. In fact, the National Institute on Drug Abuse has warned that its potency and addictive potential can cause an epidemic. It is a habit-forming drug especially after prolonged use. This is the reason why people with a history of alcohol or substance abuse, depression or mental illness should not use the drug even for medical purposes.

Another problem is that most people who get into this substance are already addicted because they have been exposed and have developed tolerance to less potent opioids like oxycodone, hydrocodone, or heroin prior to graduating to this drug.

How does one get addicted to Fentanyl?

A lot of users transitioned from prescription pain meds and heroin. In a lot of instances, even good people who end up addicted to opioids transition to this drug after developing a tolerance. There are also people who unknowingly take pills laced with the substance which starts their addiction.

People who use or who are already addicted to opioids seek out this drug for a variety of reasons. One reason is cost. It is a much cheaper drug than a prescription pain medicine and being more potent, you don’t need a lot to get high. Another reason is when people are already tolerant to weaker opioids, they seek a more potent substitute.

How does Fentanyl use affect the brain and the body?

Here are the reported and possible effects of use and abuse:

Why is Fentanyl dangerous?

What a lot of people do not know is that only a quarter of a milligram (.25 milligram) of the substance can be fatal. Compared to other opioids, it takes very little to have the same effect.

If it is taken by a person not prescribed the medication, whether intentionally or accidentally, this can cause serious harm or even death. The rapid effect and potency of this substance can mean immediate death. It is so potent that law enforcers wear protection suits when seizing these substances to avoid accidental contamination.

Common victims of overdose are users substituting heroin for the drug who take or inject the same amount, not knowing that they are already taking in a deadly dose.

Plus, because of the cheap cost of this substance, a lot of illegal drug manufacturers lace heroin or cocaine with fentanyl. This creates a risk for overdose especially with users who think that they are taking a different drug, but are actually taking this potent opioid.

Street drugs are also uncontrolled and are usually made in clandestine laboratories with unreliable measuring equipment. This makes the version sold in the street unpredictable because the dose is not really regulated. The thing is, just micrograms of the substance can be the difference between life and death. A few grains inhaled or ingested can kill you.

What are the signs of Fentanyl overdose?

How do you treat Fentanyl overdose?

If you encounter a person who seems to be suffering from overdose, treat it as an emergency and immediately call 911.

Emergency responders use a rescue medication called Naloxone to reverse the dangerous effects of overdose, while other users or their loved ones carry a naloxone in form of a Narcan nasal spray to temporarily treat an overdose incident.

Naloxone works by blocking the effects of opioids to relieve the victim of the life-threatening symptoms experienced by the user. However, the effects of naloxone are short-lived compared to other opioids so additional doses may have to be given again if the symptoms return after a few minutes. This is why it is critical to bring victims to a hospital.

What are the withdrawal symptoms from Fentanyl?

If you are dependent on this drug, suddenly going cold turkey or cutting it out from your system can cause severe withdrawal symptoms.

These symptoms can occur in three stages. Mild symptoms exhibit first 12 to 30 hours after the last dose and can include agitation, muscle aches, runny nose, sweating and insomnia. This can last 2 to 3 days.

The second stage is the peak stage of withdrawal which happens on day 3 to 5. You can experience severe physical symptoms that include muscle and bone pain, nausea, diarrhea, and vomiting. Psychological symptoms like anxiety, depression and changes in mood will also be severe.

By day 5, withdrawal symptoms will decrease but it can take 1 to 2 weeks to clear up all the symptoms. Long-term effects can include psychological issues such as depression and cravings which can cause you to relapse.

How can you treat Fentanyl addiction?

Addiction to this drug, like other opioid addiction, is treatable. If you or a loved one is struggling with substance abuse, it is important to speak to a professional to discuss your options. There are different proven treatment modalities, including medically assisted detox programs that can help you today.