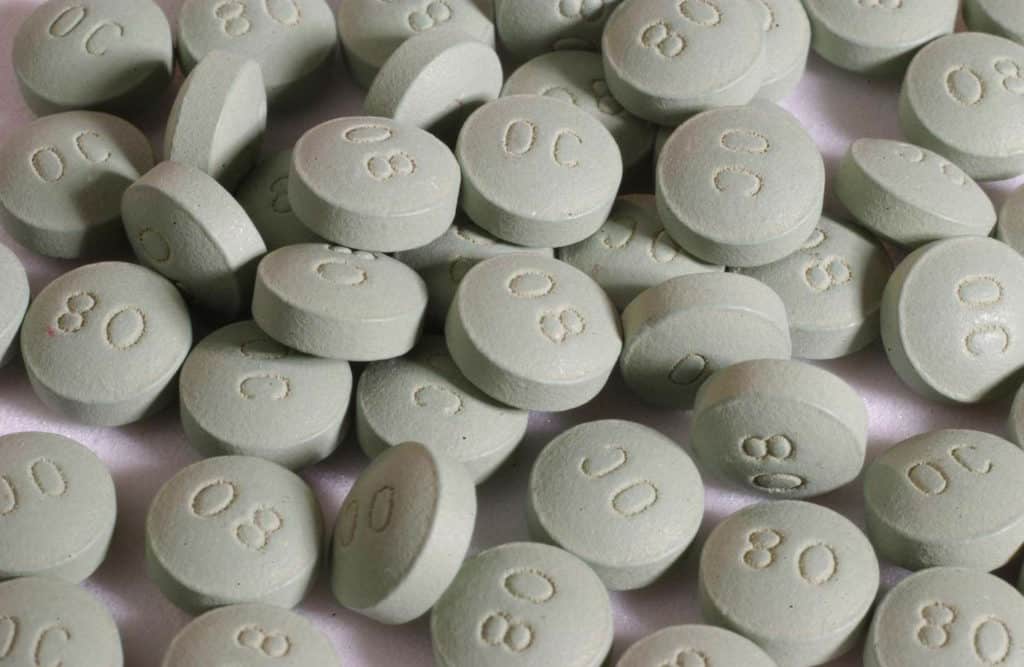 Oxycodone is a drug that belongs to a class of drugs known as opioids. This is a depressant drug which means that it slows down the messages traveling between the brain and the body. It is manufactured by modifying the chemical thebaine, an organic chemical found in opium. This is commonly prescribed by doctors to relieve moderate to severe pain.

Immediate-release drugs are released into your body right away after taking it while extended-release drugs are released into your body slowly over time. The immediate-release tablet form of this drug is available in the brand names of Oxaydo, Roxicodone, and Roxybond while the extended-release tablets are available in the brand name OxyContin. There are also many commonly prescribed pain relief medications such as Percocet, Percodan, and Tylox, that contain small doses of this drug along with other active ingredients like aspirin.

What are the Generic and Brand Names for Oxycodone?

How does Oxycodone Work?

How Strong is Oxycodone?

Currently, all medications that contain this drug are Schedule II controlled substances. It is the same in potency compared to morphine with a potency ratio with oral morphine of 1. It also has a half-life of 4.5 hours. This simply means that your body will take somewhere around 4.5 hours to process half of the ingested drug in the blood’s plasma.

How long does Oxycodone stay in your system, blood, urine, saliva, hair?

What are the Short-Term Effects of Oxycodone?

The side effects will vary somewhat depending on the specific formulation of this drug. For example, drugs like OxrIR and other immediate-release variants can trigger these side effects for a shorter duration while extended-release OxyContin will provide side effects that can be of a lower intensity that last for a longer period (as long as 12 hours).

What are the Long-Term Effects of Oxycodone?

This drug also has other more serious side effects that can be dangerous and life-threatening if they persist for a long time. The most common is the onset of serious breathing problems which can manifest themselves through: slowed breathing, very shallow breathing (little chest movement with breathing), fainting, dizziness, and confusion. Other more serious side effects include severely low blood pressure and seizures.

Like with any other addictive drug, tolerance may develop for its user due to long-term continuous use. When a person develops tolerance, increased intake is often required to get the same effect as when the drug was first used. This is also a big factor in why people taking this drug as a prescription sometimes get addicted to it. If you are taking this drug as a prescription and you are noticing that its effects are getting weaker for you, never increase the dose on your own. Instead, consult your doctor for other options that you can take.

Continuous development of tolerance to any addictive drug eventually leads to dependence. Dependence is the phenomenon where the brain becomes so accustomed to the presence of the drug and its physical and mental effects that it can no longer function normally without it.

What are the Negative Effects of Combining Oxycodone and Alcohol?

It is extremely dangerous to take these 2 substances together at the same time. This is because your tolerance and sensitivity to alcohol are lower when you are taking this drug. The effect of this is that you will be able to drink much more alcohol than you can handle. Also, both of these substances are depressants, which compound their effects and make them much stronger. The effects of taking these 2 substances together at the same time include: respiratory depression, loss of consciousness, confusion, impaired motor control, dizziness, overdose, and death.

A person that is taking these 2 substances together will also most likely develop addiction to both of them. When this happens, that person must find a rehabilitation center that treats addiction to both substances at the same time. It is important that this rehabilitation center must have a comprehensive and supervised medical detox for alcohol. This is because the withdrawal symptoms for alcohol can be dangerous and life-threatening. On the other hand, withdrawal symptoms for this drug are not usually dangerous but it can still be very uncomfortable for the patient that it may force him/her to go back to using that drug.

How does One Get Addicted to Oxycodone?

This drug is very useful for people that are suffering with severe pain but only when the drug is taken as prescribed. But unfortunately, many people are taking this drug not for its analgesic effects but for the sensation of being “high”. People that are addicted to this drug even force the drug to be released into their system faster by crushing or chewing the pill or by crushing and dissolving the pill for injection. This is very difficult as it may cause an overdose especially that you are taking it unsupervised.

Addiction to this drug has become a very serious problem in our society. Statistics show that in 2009, law enforcement has documented more infractions that are related to this drug than any other prescription drug. In 2011, this drug became responsible for more than 150,000 emergency room cases. In 2012, 16 million people have been reported to have abused this drug over their lifetime, which is an increase of more than 1 million individuals with the previous year.

What are the Signs of Overdose?

Signs of overdose include difficult or slow breathing, chest pain or discomfort, small pupils, decreased awareness or responsiveness, extreme drowsiness and loss of consciousness and no muscle tone or movement.

When the intake of the drug is stopped, withdrawal symptoms may occur. These symptoms may rebound pain, or increased pain sensitivity, inability to sleep, gastrointestinal problems including appetite changes, diarrhea, restlessness and agitation, nausea and vomiting, excessive sweating, and feeling cold and shivering. The effects of these withdrawal symptoms can be very uncomfortable and long-lasting.

What are the Available Treatments for those that are Addicted to Oxycodone?

Treatment programs for the addiction to this drug can vary greatly depending on the amount, frequency, and duration of time using it. They usually start with a supervised detox program. Its purpose is to reduce the amount of the drug that is still present in the body. This is also the most crucial part of the treatment program as this is where the withdrawal symptoms are at their greatest. During detox, other medications may also be prescribed to help minimize these withdrawal symptoms and reduce cravings for the drug.

After detox, the patient then can now undergo addiction therapy. These can be given on an inpatient or outpatient basis with a duration that can also vary from several weeks to several months depending on the severity of the addiction.