What is Synthetic Marijuana? 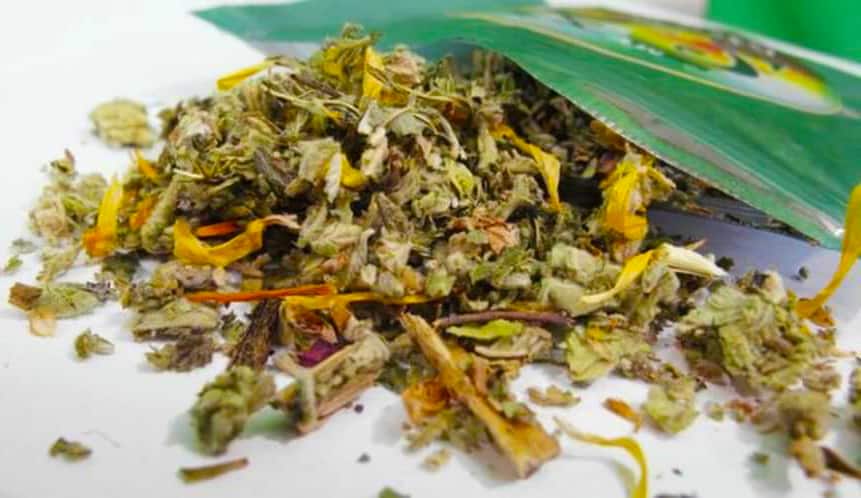 Synthetic Marijuana /sɪnˈθetɪk ˌmerəˈwɑnə/ or Synthetic Cannabis is a type of cannabinoids that affect the brain in ways that are similar to marijuana. The after-effects of consumption are caused by receptors to which the weed's main ingredient, tetrahydrocannabinol (THC), and its chemical compound cannabidiol (CBD) attach to.

Cannabinoids are the occurring compounds of a Sativa plant which marijuana also comes from and was first sold in the US only in 2008. Differences between synthetic marijuana and actual weed can be difficult to identify because the effects of both drugs can be similar. Cannabis is known for a feeling of heightened relaxation or sensation that leads to psychological reactions from the drug.

Synthetic cannabinoids are more effective at binding cannabinoid receptors and therefore gives the illusion of a high - through hallucinations and paranoia. If not careful, this drug can be exponentially more potent than marijuana due to the combination of its psychoactive ingredients with other cannabinoids that can affect the brain.

Deriving from its name, synthetic marijuana is made to look like real weed. Experts and former users mention ways to differentiate K2 from its authentic counterpart:

The development, potency, and effects of the drug have been long been pursued by scientific research. There has been no extent of study for quasi-legal marijuana and therefore the risks of it cannot be explained in full length. A hypothetical reason for the increasing number of synthetic marijuana users is due to its effects. Despite the frequency of narcotic use, what matters is the sensation and experience felt after intake.

In sensible doses, cannabis gives a user a sense of relaxation and temporary euphoria. Other symptoms from the drug include Increased awareness, libido, muscle relaxation, and distorted visual and auditory impressions. Unfortunately, those who continually take the drug are misinformed that cannabis and its synthetic counterpart have the same effects. With Spice, symptoms of intake are negative and are proven toxic and sometimes lethal.

A profile for K2 users conducted often shows them in depressing and chaotic life situations and undergoing a constant feeling of hopelessness. Because the drug is often cheaper than weed, it is more accessible and easier to purchase. A regular intake of K2 often suppresses emotions of sadness and fear.

The methods of taking synthetic marijuana are mainly smoking/inhalation or taken orally. The common method of inhalation is through electronic nicotine devices like e-cigarettes. The drug can also be swallowed in tablets/capsules or mixed into liquids (tea) to remove the bitter taste.

Spice is not safe to use in any way. The drug’s strength depends on how it is made and what it is made of. A small dose of K2 can be twice to 100 times stronger than the cannabis psychoactive ingredient, THC. The drug has a mix of various toxic chemicals that are without measurement or prescription that make its effects more addicting and life-threatening.

Refusal to take the drug is the best recommendation. If one decides otherwise, a pinch of synthetic marijuana (estimated less of a matchstick) is a default dosage and an awareness of its effects should be taken note of. A slight increase of dose must be taken with extreme caution and be given time to be expelled out of the system.

How long does the drug stay in the body?

Cannabinoids in K2 have a different chemical structure and metabolism from its psychoactive ingredient tetrahydrocannabinol. It does not, however, mean that peak levels of attaining the drug’s initial effect change. Spice still leaves the body quickly once it is taken. Factors affecting cannabinoid metabolism are body mass, gender, age, hydration level, food consumption, and liver/kidney function.

Concentrations of synthetic marijuana are maximized by the body based on how it is taken. Smoking the drug estimates a minimum of 10-45 minutes to reach its high. When taken orally, it can stay in the system for (5) five days after intake. When brewed in liquids or tea, the peak levels are longer.

It takes 24 to 48 hours for K2 to leave the body. For chronic users of the drug, traces of serum concentrate or metabolites can be detected for at least 30 days after ingestion. There are no further blood tests on the kind of metabolite detected or how recent the last intake was.

A urine test may just be the most definitive indicator of K2 use. This type of test is also used for cannabis detection. If there is suspicion of synthetic marijuana intake, metabolites should be detected within a window of 2 to 3 days when smoked and 10 days when taken orally. The chemicals of JWH-018, and JWH-073 have their own testing time frame of 72 hours.

Oral tests detecting metabolites are low; the values ranging from 3 to 35 mg/L after smoking/intake and dissipates over a few hours. Traces of psychoactive ingredients can stay from 24 to 48 hours. This assessment is used when determining frequent K2 use.

K2 can be detected within a time frame of 90 days or even longer. This makes a hair/scalp test ideal for continuous drug use since it monitors consumption patterns and proves the absence of the drug in the system.

How the drug affects the body?

Spice is composed of five main chemicals: cannabicyclohexanol, CP-47,497, JWH-018, JWH-017 and JWH-200. All of which are psychoactive ingredients and cannabinoid receptors. Combining two of these chemicals are potent enough--having to combine five chemicals can be lethal especially if the effect on an individual’s response is unknown.

Synthetic cannabinoids have a high potential for abuse and psychological dependence. There can be over 140 ingredients in different degrees and doses that make up synthetic marijuana. It is not advisable to take it in irregular doses as it poses harmful effects on the brain and its comprehension. These drugs do not have any standards when it comes to production, manufacturing or packaging.

Synthetic cannabinoids can easily be contaminated or ingested with other drugs (like flakka) that can make it more toxic. Also, an overdose can occur because of the lack of required dosage. It is recommended that the narcotic is to be taken with extreme caution.

How Does One Get Addicted?

The drug targets the brain and nervous system--particularly cannabinoid 1 and 2 (CB1R and CB2R respectively). These receptors are found throughout the body and are responsible for muscle coordination, appetite, perception/sensation (CB1R) and regulating organs (spleen, bone marrow, liver, and pancreas) and immune function (CB2R). Marijuana also acts on these same receptors.

Common effects of synthetic cannabinoids are psychological and neurological. An overdose of cannabinoids can lead to more severe health problems and body malfunctions like breathing and gastrointestinal problems, muscle damage and kidney failure. Depending on one’s reaction to synthetic weed, other factors on varying effects are dosage, the frequency of use, user profile and types of cannabinoids contained in the drug.

There are several symptoms that we need to address. Firstly, look at for these signs to indicate synthetic cannabinoid use:

A long-time user may feel the physiological and emotional effects if the drug is discontinued. These are in the form of:

Addiction to synthetic marijuana comes gradually until a user feels its peak effects. The drug quickly leaves the system--while it leaves traces of psychoactive chemicals that trigger a pattern of dependency and tolerance if the drug is taken regularly. It poses a likelihood of having brain and nervous system damage that can be difficult to recover from.

Because dosages on the drug vary, there are no targeted medications available for treatment. Instead, the prescriptions given are those generally addressing the K2 effects that are found in other drugs. Some medicines that are exceptions:

Other rehabilitation methods are:

Cognitive-Behavioral Therapy - a type of intervention addressing the psychological and social aspects of chronic drug users to help with sobriety.

Support Groups - forming ways to connect with people through shared experiences for a smooth rehabilitation and recovery process.

Individual and Group Counseling - an in-depth discussion with patients and their support networks on the personal causes and strategies of how to live each day without narcotics.