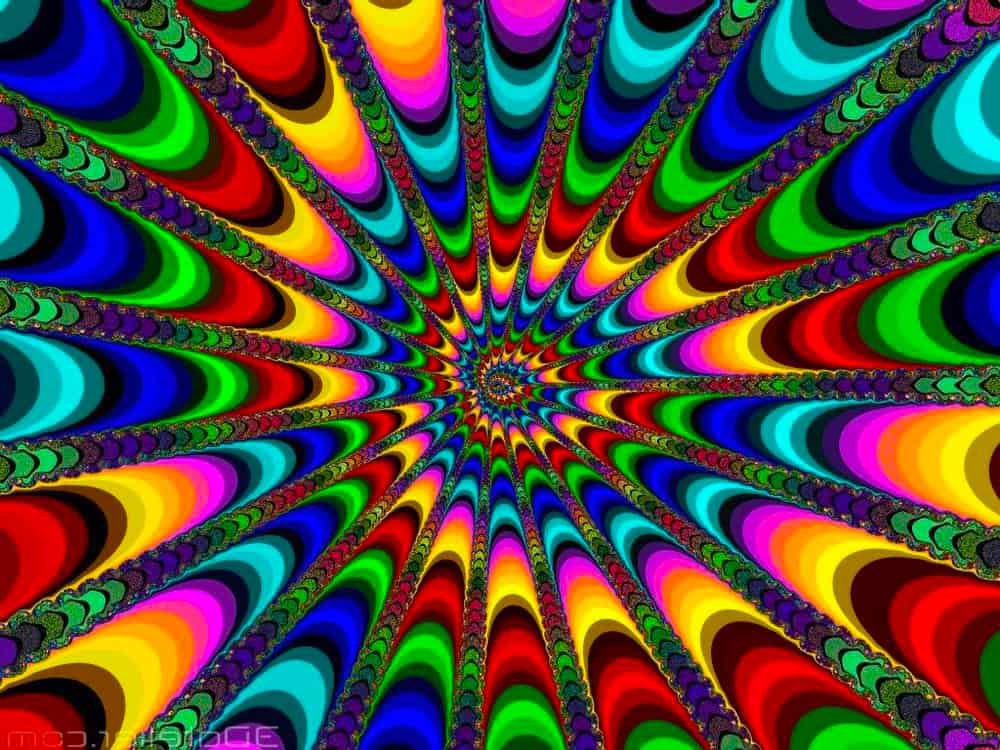 On the other hand, dissociative drugs are substances that produce a feeling of detachment from reality or oneself. These drugs can create an altered mental state in which the user experiences distorted reality or out-of-body experience. Examples of dissociative drugs include phencyclidine (PCP), ketamine, dextromethorphan (DXM), and Salvia divinorum.

Hallucinogens can also be categorized based on their sources: naturally occurring or synthetically produced. Certain hallucinogens are derived from plants, fungi, and animals. A hallucinogen made from a natural substance is called a natural hallucinogen.

Synthetic hallucinogen, on the other hand, is produced using man-made compounds. The active ingredient in these drugs can produce the same effect as those of natural psychedelic substances. The effects many hallucinogens produce vary depending on the type, dosage, method of use, and individual user.

Man-made hallucinogens are mostly illegal drugs that are used for their effects of being “high” and the psychedelic sensation. The most popular of these are:

How Do Hallucinogens Work?

Hallucinogens cause hallucinations in a person by affecting the neural circuits in the brain that controls sensory perception. In short, these substances can change how the brain understands sensory input.

According to the National Institute on Drug Abuse, classic hallucinogens produce their effects by temporarily interfering with communication involving the neurotransmitter serotonin throughout the brain and spinal cord. Serotonin affects the brain's perceptual, behavioral, and regulatory systems.

Hallucinogens also affect the parts of the brain responsible for mood, cognition, muscle control, hunger, sexual behavior, and perception, and other parts of the brain that regulate arousal and physiological response to stress and panic.

Based on the term hallucinogen, you can guess that these substances can cause hallucinations. Taking drugs like hallucinogens, especially in high doses, can make a person's perception of reality completely different. They may experience time differently, have distorted senses and emotions, or even be unable to communicate with others. for several hours

There are 5 types of hallucinations based on our 5 senses:

You hear sounds coming from inside or outside your mind. Sometimes these voices may seem to communicate with the hallucinating person, telling him things or commanding him to do something.

You experience visual disturbances where you see people, colors, shapes, or anything that are not present.

The type of hallucinations that pertain to our sense of touch. Other hallucinogens may cause the person to have different sensations like tickling, or that something is moving against their skin. It may also have the person feel heat that is actually not there.

You smell something that is not there. This is less common than those mentioned above.

You taste something that is not there. This is the rarest form of hallucination.

What Are Hallucinogens Used For?

Most people take hallucinogens recreationally. Drug use results when people try to explore altered states of consciousness or they simply want to feel high. In addition, some people use other hallucinogens in religious or spiritual rituals.

However, some hallucinogens are being studied as a potential treatment for psychological disorders and mental health conditions such as depression, anxiety, and post-traumatic stress disorder (PTSD).

Some people use hallucinogens to self-medicate pain. However, the evidence of hallucinogens being effective for pain relief is limited. More brain research is needed in this area.

What Are the Effects of Hallucinogens?

Aside from hallucinations, they can affect the senses by causing feelings of euphoria, blurred vision, visual disturbances, and a sense of relaxation.

The drug effects of hallucinogens can include physical side effects such as increased heart rate, body temperature, and blood pressure.

Some hallucinogens affect the body in certain ways. For example, it is known that psilocybin can cause risks of food poisoning because even if psilocybin itself is not poisonous, the user can mistakenly take other poisonous mushrooms instead. The illegal drug, PCP, which is more commonly called angel dust, can cause seizures, coma, and death.

Because they are unregulated, you never really know what's in them. For example, you might think you're buying designer drugs that contain hallucinogens in a club, but in reality, they could be anything, such as highly toxic stimulants or fentanyl. This can cause drug overdose.

What's more alarming are the psychological side effects such as anxiety, paranoia, and distorted perception of time and space. A hallucinogenic substance can also cause drug-induced psychosis in some people.

Psychosis is a mental illness in which thoughts and emotions are impaired, causing a person to become lost in contact with reality. A person who suffers from persistent psychosis can make the person unpredictable and have impaired judgment because they are no longer in control of their thoughts or actions.

It is important to note that using hallucinogens can cause serious harm as they affect the brain and body differently than other drugs. Taking higher doses of a certain drug or mixing hallucinogens with other substances may lead to life-threatening reactions.

Some side effects can also manifest after long-term use including flashbacks, impaired motor function, loss of memory and neural function, severe depression, perception disorder, mental disorders, and mental health problems.

Hallucinogens can be addictive. Many hallucinogens are classified as Schedule I substances. This legal status means that they are considered to have a high potential for abuse and no currently accepted medical use in the United States.

When a person repeatedly uses hallucinogens recreationally, it can cause the user to develop tolerance. Because of this, the user is forced to take more of the substance to achieve the same level of effect as the first time.

This poses a grave danger because it can quickly lead to psychological dependence, and this in turn can lead to drug dependence, drug abuse, and physical addiction. Physical addiction is a serious issue because it can affect the way that a person thinks and functions daily. Withdrawal from hallucinogens can be extremely difficult and painful, so it is important to seek professional help if you are struggling with substance abuse.

It is important to understand the difference between psychological and physical dependence.

Physical dependence occurs when the body requires a drug to function normally, and withdrawal symptoms manifest without it. Whereas dependence on a psychological scale means that a person feels unable to cope in daily life without taking these substances. Both types of dependence result from using hallucinogens regularly over a certain period.

What Are the Withdrawal Symptoms of Hallucinogenic Drug Abuse?

Like other drugs, withdrawal from hallucinogens can vary depending on the person and the drug taken. Some of these symptoms may include:

How Can You Treat Addiction to Hallucinogens and Psychedelic Drugs?

Individuals that suffer from hallucinogen addiction can still experience psychosis even after the use of these substances is stopped. This is still dangerous for the patient because psychosis can lead to violent behavior and even suicide.

It's then important to have medical supervision if you're trying to stop taking hallucinogens. Fortunately, there are treatments available for hallucinogen addiction. Certain psychological treatments such as cognitive-behavioral therapy (CBT) can be used to help individuals learn how to cope with cravings and manage their behaviors when faced with temptations.

Medications such as antidepressants can also be prescribed to help stabilize moods so that a person can focus on their recovery without worrying about relapsing into drug use.