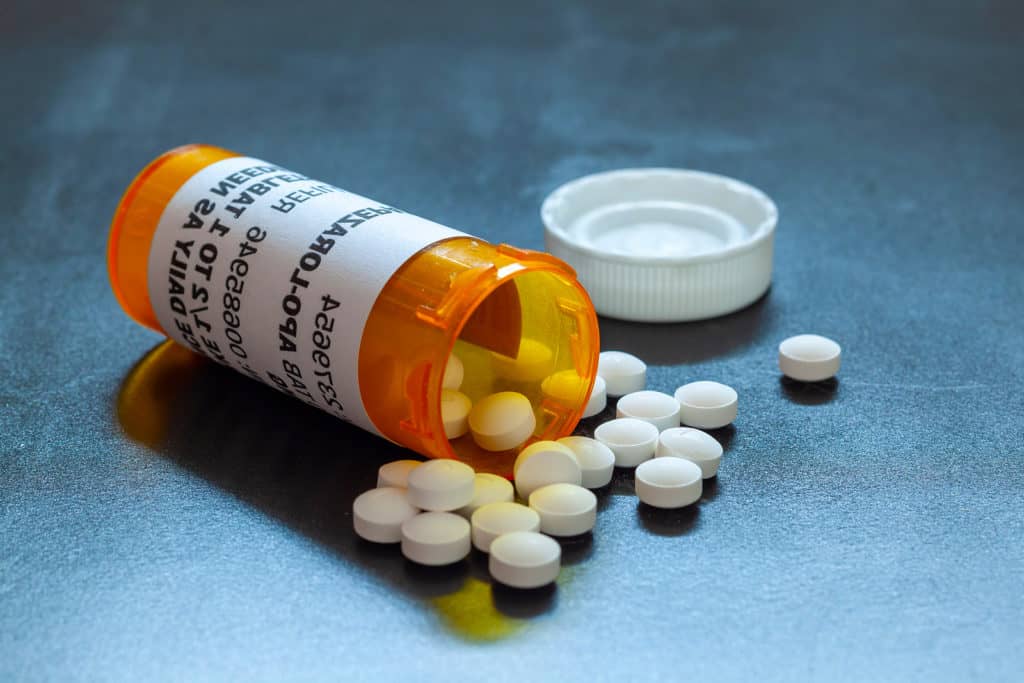 Benzodiazepines are prescription drugs that are used to treat a variety of conditions, including anxiety disorders, panic attacks, and insomnia. Benzodiazepines work by acting on the central nervous system to produce a calming effect.

The term benzodiazepine can refer to several different types of medications, including diazepam (Valium), alprazolam (Xanax), lorazepam (Ativan), and clonazepam (Klonopin). There are generic and brand-name versions of benzodiazepines.

Benzodiazepines are all considered to be Schedule IV controlled substances, which means they still have a drug abuse risk and can lead to dependence.

Benzodiazepines come in tablet, capsule, and liquid form. Depending on the type of benzodiazepine, they can come in different shapes, sizes, and colors.

The look of individual benzodiazepines can also change depending on whether it's a name-brand or a generic version of the drug. For example, generic alprazolam will look different from the name-brand Xanax. Other drugs like Valium or Klonopin will also look different.

Other benzodiazepines like Xanax and Valium have their own street names. Xanax is sometimes referred to as "Xans" or "Xannies" while Valium is known as "eggs" or "moggies."

It’s important to note that Benzodiazepines are prescription medications and should be taken under the supervision of a healthcare professional. Buying and taking benzodiazepines off the street or online can be dangerous.

What Are the Street Names?

What Are Benzodiazepines Used For?

Benzodiazepines are a type of medication that is used to treat a variety of mental health disorders, such as anxiety disorders, epileptic seizures, panic attacks, and insomnia. People suffering from depression may also be prescribed benzodiazepines.

Short-acting benzodiazepines are typically used to treat acute anxiety. The rapid onset and short duration of action make them ideal for treating anxiety that is experienced at the moment.

Long-acting benzodiazepines are typically used to treat chronic anxiety, such as generalized anxiety disorder or post-traumatic stress disorder. The slower onset and longer duration of action make them better suited for managing these conditions.

Whether the doctor will prescribe a long-acting or short-acting benzodiazepine depends on the individual's needs and medical history.

Benzodiazepines should only be used for short periods, usually no more than two to four weeks. Because of the adverse effects, long-term benzodiazepine use can lead to benzodiazepine dependence. However, benzodiazepines retain the potential to be effective medications and have helped treat many people with anxiety disorders.

Let's further discuss some of the conditions that benzodiazepines can treat and the potential side effects of these medications.

Anxiety is a feeling of fear and worry, often accompanied by physical symptoms such as sweating, shaking, and difficulty concentrating. Numerous controlled trials proved that benzodiazepines can help reduce the severe anxiety symptoms associated with generalized anxiety disorder.

Benzodiazepines can be prescribed to help control epileptic seizures. Benzodiazepines like Ativan, Klonopin, and Valium can help reduce the frequency of seizures and overall help with seizure disorders.

Benzodiazepine drugs are also used to treat panic attacks which are sudden and intense periods of fear that can last for several minutes or hours. The sedative effect of benzodiazepines can help to calm the person and provide relief from a panic disorder. While some doctors prefer to prescribe selective serotonin reuptake inhibitors or SSRIs, there are still many who prescribe benzodiazepines as a primary treatment for panic disorder.

As a muscle relaxant, benzodiazepines can be prescribed to treat insomnia, as well as other sleep disorders. Taking benzodiazepines work by calming the body and mind so that you can fall asleep more quickly and stay asleep longer.

Restless Leg Syndrome (RLS) is a neurological disorder that causes an uncomfortable sensation in the legs when lying down or sitting. Benzodiazepine use can help relieve symptoms of RLS, such as excessive leg movement.

How Do Benzodiazepines Work?

GABA is an inhibitory neurotransmitter, which means that it helps to decrease neuron activity in the brain. GABA A receptors that bind benzodiazepines are called benzodiazepine receptors (BzR).

By enhancing the effects of GABA, benzodiazepines help to calm down the nervous system and reduce symptoms of anxiety or panic attacks.

This action makes these drugs effective at treating a wide range of conditions from anxiety to seizures. The effects of benzodiazepines also help people to fall asleep more easily and stay asleep for longer periods.

How Strong Are Benzodiazepines Compared to Other Drugs?

Benzodiazepines are prescription drugs that are sedative-hypnotics. This means that like other drugs classified as sedative hypnotics, they are relatively strong medications that can cause drowsiness and sedation.

While benzodiazepines are classified as Schedule IV drugs, meaning they have a lower potential for abuse than Schedule II or III drugs, they are still powerful medications.

For this reason, taking benzodiazepines or other sedative hypnotics as prescribed by your doctor is very important.

How Long Do Benzodiazepines Stay in Your System, Blood, Urine, Saliva, Hair?

It will also depend on the type of drug test. Below are some estimates of how long benzodiazepine stays in your system.

It's also important to note that mothers who breastfeed while taking benzodiazepines can pass the drug to their infants through breast milk. Benzodiazepine use by pregnant women is not recommended as it can cause withdrawal symptoms in newborns.

How Does Benzodiazepine Affect the Brain and the Body?

The side effects of benzodiazepines on the brain and body can be serious. Benzodiazepine use can slow down your reactions, impair judgment, and cause confusion, impaired memory, drowsiness, and even coma.

How Does One Get Addicted to Benzodiazepines?

Benzodiazepine addiction can happen to anyone. Benzodiazepines are easy to get addicted to and misuse of these drugs can lead to dependence or abuse.

Benzodiazepine abuse can lead to tolerance where you need higher doses of these drugs to get the same effect. Dosage escalation without the proper medical advice can be the start of dependence.

Psychological dependence is when you experience cravings for the drugs even if you don’t need them. Benzodiazepine addiction can also cause changes to your behavior as well as depression, anxiety, paranoia, and agitation.

When this happens, there is an increased risk of substance abuse. It is not uncommon for many users to develop substance use disorders involving drugs like benzodiazepines.

Drug abuse can develop rapidly as a consequence of prolonged and excessive use of benzodiazepines. Some users do not seek medical treatment while others continue using because they cannot withstand the withdrawal effects caused by stopping the drugs. There are also patients prescribed long acting benzodiazepines that abuse the medications.

Benzodiazepine abuse can result in an overdose. People who abuse benzodiazepines do so often in combination with other substances or drugs. Many Xanax users, for instance, would take it with other drugs like opioids to heighten the effects.

Additionally, combining benzodiazepines with other substances like alcohol can be particularly dangerous and result in toxic effects. The drug interactions result in an increased risk of a drug overdose.

As mentioned, benzodiazepine overdose can also happen when a person unknowingly takes a fake benzodiazepine that is mixed with fentanyl. Fentanyl has been found in many counterfeit Benzodiazepines, and its effects can be dangerous and even life-threatening.

In fact, U.S. health authority officials report that many patients that overdose on drugs in emergency department centers have been found to have taken counterfeit Benzodiazepines mixed with fentanyl and other drugs.

What Are the Signs of an Overdose?

Other signs of Benzodiazepine overdose may include drowsiness, slurred speech, nausea and vomiting, abdominal pain, tremors, or seizures. Calling the emergency department immediately if you notice any of these signs.

How Do You Treat Benzodiazepine Overdose?

If you know someone who has overdosed on benzodiazepines, it is important to seek medical help right away. Look for the signs of overdose like respiratory depression or loss of consciousness and quickly seek help from the emergency department of the nearest hospital.

Benzodiazepine overdose or acute toxicity can be treated with the drug flumazenil, which reverses the toxic effects of Benzodiazepines and helps reduce the risk of overdose-related complications caused by these drugs.

What Are the Withdrawal Symptoms from Benzodiazepine?

Abrupt discontinuation of benzodiazepines can result in withdrawal symptoms. These symptoms may include headaches, nausea, insomnia, muscle pain, depressive symptoms, rebound insomnia, and

It is important to note that drugs like benzodiazepines should never be stopped abruptly. Stopping benzodiazepines without medical supervision can result in serious withdrawal symptoms and even be life-threatening.

Benzodiazepines should only be stopped after a gradual dose reduction of the drugs used. This involves tapering the dose or taking low doses of Benzodiazepine drugs over some time with close monitoring from a medical professional.

How Can You Treat Benzodiazepine Addiction?

It is also important to seek professional treatment for Benzodiazepine abuse. Drugs such as benzodiazepines can be very addictive and they can cause serious health problems when abused.