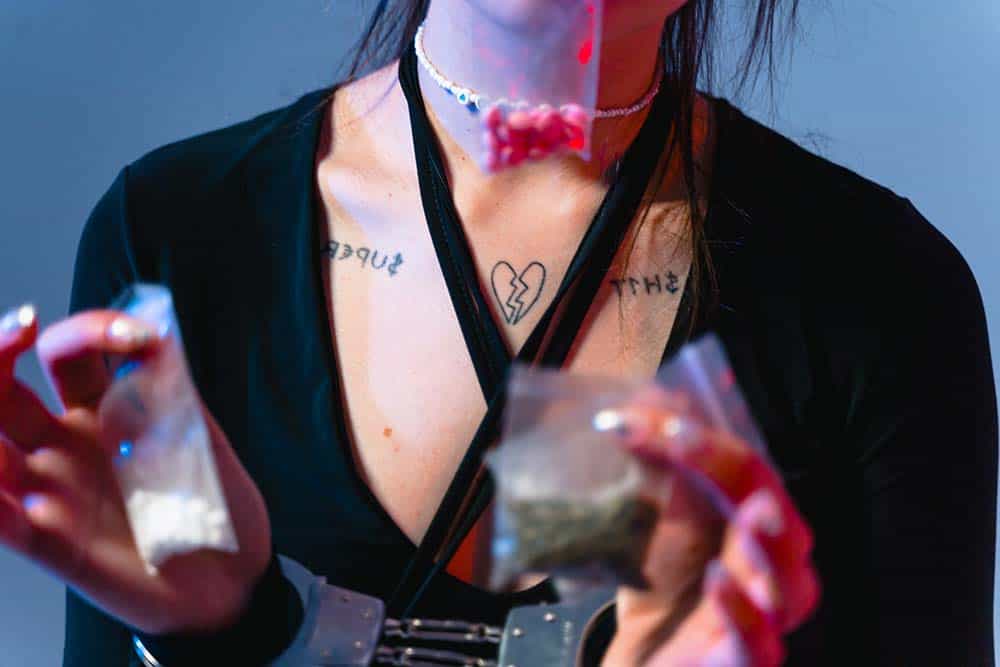 are substances that are either 1) not prescribed, 2) taken more than the usual dose, and 3) taken with other drugs to increase the potency of its effects. They are produced in chemical laboratories and have generally medical uses.

They usually affect the mental and cognitive faculties of a person. Users of these drugs often suffer social, psychological, and physical consequences when they become dependent on it. Illicit drugs are not always illegal (forbidden by law) but it is subjected to dependency and abuse. Moreover, many illegal drugs are considered to be illicit.

What is the Difference Between Illicit Drugs and Prescription Drugs?

Prescription Drugs are pharmaceutical substances that require a physician or qualified health practitioner’s authorization before it is to be purchased and taken. These drugs are taken to relieve a patient’s chronic or current symptom/s.

Prescriptions are made due to substance control--as all drugs have the tendency to be abused if it is not given a particular measurement or regularity. There are several terms for these drugs namely legal drugs, medicinal drugs, or any name of a frequently taken medicine associated with a particular illness such as insomnia or depression.

Prescription drugs as medication often have favorable effects on the body especially when they are endorsed by a doctor; these become the treatment for diseases and its indicators. Drugs and their development need to be effective and safe. When measuring the general effective dose and the overdose--or negative side effects--one gets the value of the margin of safety.

Having a wide margin of safety is most acceptable for prescription and most ideal for the patient. For life-threatening illnesses, this value becomes more narrow due to the toxicity of the drug. The ratio of the drug’s effectiveness to its margin of safety is sometimes undetermined since they are used in emergency situations.

In the context of drug addiction, prescription drugs can be legally consumed with the right dose and the authorization of a medical professional; an irresponsible use of them can result in dependency, physiological, and mental inefficiency just like cocaine, heroin, and marijuana.

Prescription drugs can easily be illicit drugs if their dosage and frequency of intake go beyond what is recommended by the physician. If a user is already using the drug as a default painkiller or instant remedy to an illness such as depression or insomnia, it might already be considered being illicitly used.

These were tallied to the categories of painkillers (3.3 million users), tranquilizers (2 million users), stimulants (1.7 million users), and sedatives (0.5 million users). With these numbers, people are more likely to resort to prescription drugs than illicit drugs (cocaine, meth, and heroin) because a doctor or medical professional’s authorization is proof that it is safe enough to take and they can, therefore, be oblivious to the long-term consequences.

At the beginning of 2018, statistics in the United States have shown adult users of illegal drugs have reached almost 48 million--with 36 million using cocaine and 36 million using marijuana, and 18.9 million using prescription drugs. People who use drugs do not necessarily become addicts but a great number of them are dependent on these substances for their sanity and quality of life.

In the years since 2011, drug addiction has continued to rise--with the median of adult users between the ages of 25 to 50 years of age dying due to overdose. Illicit drugs such as heroin, natural opioids, methadone, synthetic opioids, cocaine, and stimulants have become the leading causes of death in Americans under the age of 50.

Teenagers have also reported numbers of abuse at an early age that are often related to the prevalence of drugs in their local communities. In 2017, 50% of senior high school students admitted to using an illicit drug at least once. There are also high numbers for 10th (37%) and 8th graders (23%) who have dabbled and experimented with illicit drugs, the most common being alcohol.

Cocaine is a highly addictive stimulant that is known in powdered form (powdered cocaine) and as a rock crystal smoked in heat. Cocaine alters the brain’s dopamine (a chemical responsible for movement, learning, and attention) neurotransmitter and cuts the user’s ability to emotionally respond normally.

N, N-Dimethyltryptamine or DMT produces one of the most potent hallucinogenic effects in narcotics. Its raw form is in powder that is found in plants found in South America and in Asia. DMT effects are mostly psychological and have the ability to alter an individual’s audio-visual perceptions of time and space. Despite its extreme effect on the body, DMT has the lowest amount of side effects compared to other hallucinogens.

Ecstasy - (other names are MDMA) is a drug commonly seen in clubs. They come in the form of powder and colorful tablet varieties. Its effects last for 3 to 6 hours and are more physiological: muscle cramping, chills, and memory problems are just some symptoms. Long-term use affects the body’s ability to regulate temperature, sudden malfunction of the heart, kidney, or liver, and can even cause death.

Inhalants - from the term itself, these substances that are inhaled and get a significant, volatile, and psychoactive reaction that can render users with drowsiness, dizziness, impaired judgment, and alterations in their behavior. Chemicals in these types of drug-target the blood vessels.

Derived from morphine, this drug initially started as a treatment that developed into an abused drug. After taking the drug, its chemicals attach to opioid receptors and trigger the brain’s ability to differentiate pain from pleasure.

Ketamine is a dissociative anesthetic initially used for pain relief and management, and depressive tendencies. It is often associated with sexual assault since this substance is frequently used by predators to sedate their victims. It remains undetected because its appearance is colorless and odorless.

Lysergic acid diethylamide (LSD) is a drug that produces an exaggeration or alteration of one’s surroundings. One’s sensory perception can be dysfunctional from an hour to half a day. It is used mostly in recreation. Users often take it for the desire to be transported out of the body, to hallucinate, and to be engaged with their thoughts.

Marijuana is the most recognized drug from the cannabis plant that is made from dried leaves; it is either smoked, taken orally, or inhaled and contains the ingredient of THC that is responsible for its high on users.

Known for being crystal meth, it is a laboratory-produced stimulant that boosts feelings of happiness and making one feel energized. The substance’s peak effects last for at least 6 to 12 hours and leave the body just as quickly. This prompts users to increase intake to have another round of its effects.

It is a drug that has some of the highest potentials for abuse. It is highly intoxicating and can have unpredictable effects on the body even if the dose is small. Users can find themselves depressed or disjointed and can experience psychological withdrawal.

A synthetic cannabinoid that has effects similar to marijuana but more potent with the possibility of being life-threatening. A regular dose for this drug is unknown because each manufactured batch of drugs is made differently.

Derived from the opioid poppy, it is considered as a narcotic that can be smoked, taken as a pill or injected intravenously. Initially, it develops a sense of calm and relaxation to the user that eventually becomes drowsiness and dependency.