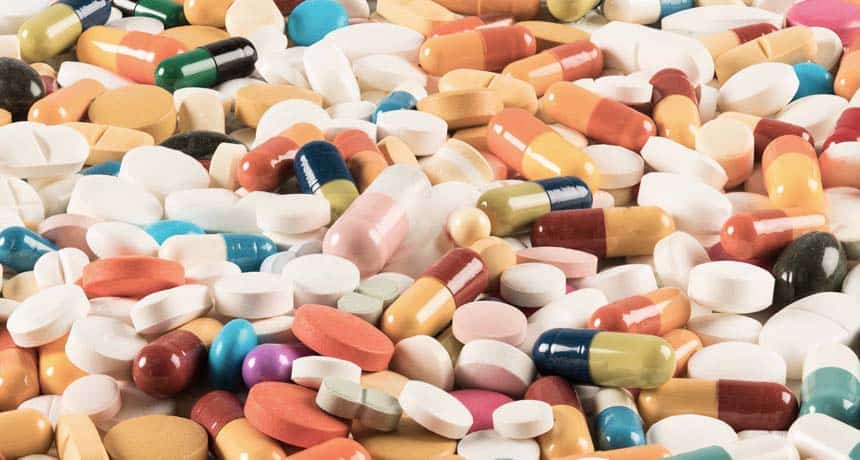 Drug classification is a unique system of classification for the multiple varieties of drugs available. There are several ways to classify drugs. In a more scientific and medical concept, there are comprehensive systems that undergo laboratory testing and may need more terminology. Such are the following:

The level of expertise needed to explain these categories need to be professional. The many categories suggest that a drug can have more than one classification that represents their function, their effects, and what they are made of. The systemization in this article is narrowed down to the simpler drug classification as legal classification, drugs by chemical makeup, and drugs by effect.

There are different categories of drugs based on their potential for abuse and other factors such as scientific research on the drug’s pharmaceutical effects, chemical understanding of the drug, history, magnitude and patterns of abuse, risks to public health, and risks of psychological and physical dependence. This rating is used by the Drug Enforcement Administration, US law enforcement, and medical committee.

Defined as substances with no medical use and have a high tendency for abuse. These drugs are the most dangerous; the severity of their effects include long-term psychological, physical dependence, and fatality. Examples of these are marijuana, heroin, LSD, and ecstasy.

Equally dangerous but less abuse potential than Schedule I. Users of these substances are psychologically and physically dependent on these substances. Severe brain damage and personality disorders can happen due to regular and/or addictive use. Examples are cocaine, methamphetamine (crystal meth), fentanyl, meperidine (Demerol), and Ritalin among others.

Classified as low to moderate in having physical effects and psychological dependence. Examples are ketamine, anabolic steroids, less than 90 mg of per dosage, and

Categorized as low potential for substance abuse and physical and psychological dependence. Examples are Darvon, Valium, Xanax, and Ambien.

These drugs have the lowest potential of abuse and have minimal to no physical effects but it does not indicate that there will be no psychological dependence. Ingredients in these drugs are often used in stronger narcotics and can be used as antidiarrheal, antitussive, anesthetic, and analgesic medicine. Examples are some cough medications (specifically Robitussin AC), Lyrica, and Lomotil.

Substances in this category have a common mechanism of action that engages with a biological target. The technological target is usually an organ, the nerves or chemicals within the body. Most of these drugs affect the emotional and mental stability of those who use them.

(Known as ethanol) it is a psychoactive substance that has a multitude of effects depending on the dosage of the person taking it and their tolerance. In medicine, Alcohol acts as a nervous system depressant when taken in large amounts. As it interacts with the body, it dilates the blood vessels and affects the organs of the liver (where it is metabolized), brain, and kidneys. Ethanol is used for medicinal purposes as antiseptic and antitoxin.

Effects range from a sedative, relaxing state to euphoric feelings of inhibition. Long-term effects can have serious damage to the central and peripheral nervous system and can cause malnutrition, chronic pancreatitis, and cancer.

This is a general term for any substance that intercepts cannabinoid receptors in the brain. Molecules that create these drugs are found in the cannabis plant. They are active compounds that trigger psychoactive effects leading to a feeling of high. This category of drugs has about 113 to 140 variations including Tetrahydrocannabinol (THC) and Cannabidiol (CBD).

Effects after intake include relaxation, euphoric sensations with distortion of perception, impaired learning and memory, panic attacks, and psychosis.

A category of drug that gives an effect of pain relief and energizes the opioid receptors in nerve cells located in the different areas of the body and the brain. These substances and their chemicals are used for medical purposes such as anesthesia, replacement therapy, and repressing opioid drug overdose.

Effects after intake include feelings of heaviness in the body, slowed breathing, nausea, feeling of sedation, and confusion.

Are a type of drug that is psychoactive in nature that treats symptoms of anxiety. Chemicals in benzodiazepines affect the gamma-aminobutyric acid (GABA), the neurotransmitter responsible for suppressing nerve activity to the rest of the body. Effects of anxiety that include seizures and sleeping disorders are known to go away once the drug is taken. Other uses of benzodiazepines are for treatment of nausea, alcohol, depression, general anesthesia, and muscle relaxation.

Another type of drug that has sedative properties and can slow down body function. Its effects on the body are more physiological relaxation than mental. It is similar to benzodiazepines in that it activates the same neurotransmitter (GABA); it can help relax the body, soothe muscles, and prevent seizures. It can be highly addictive when used in recreation and can cause fatalities if not properly handled well.

This category of drugs show the different ways that they can affect our bodies.

This category of drugs are associated with targeting dopamine in the brain that enhances alertness, energy, and attention. These substances speed up the function of the central nervous system and its ingredients have been used to improve personality and behavioral disorders.

Like stimulants, club drugs cause a swing of moods and changes one’s actions, moods, and awareness. Also called designer drugs, these are taken in recreational places where there are many people, less light and loud music. Effects of these drugs depend on its type.

These are substances that are inhaled and users get a significant, volatile and psychoactive reaction that can render them with drowsiness, dizziness, impaired judgment, and alterations in their behavior. Chemicals in these types of drug target the blood vessels.

Consuming these types of drugs can shift one’s perceptions and mental processes. The severity of this category’s effects varies depending on the kind used. Visual and sensory distortion are common because these substances temporarily disrupt the natural flow of the cerebral systems such as the brain and the spinal cord.

A subcategory of hallucinogenic drugs known for producing detached and distant feelings through the distortion of the senses with the aim of isolating oneself from people and their environment. These substances contain chemicals that shut the conscious mind from other mental and cognitive functions.